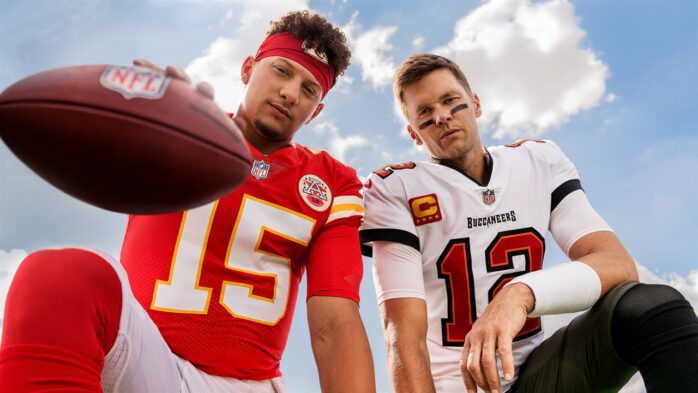 Every position in an NFL team is equally important, but when it comes to defense, safeties are crucial for making a strong line that can hold the opposition.

Safety, or otherwise known as safetyman are defensive backs who line up from ten to fifteen yards from the line of scrimmage. Basically, it is the last line of defense in every NFL team.

Let’s dig into the importance of what a safety in the NFL before we go any further in this article.

What Is A Safety In NFL?

So, what does a safety do and why you need to worry about that if you are playing Madden? Well, safeties are the last line of defense, and they need to be strong enough to suspend any attacks.

It has been proven in many cases that it is not enough, and most top teams leave one or two safeties on the field at all times.

So, following this logic, the safety’s job is stopping offensive players to run or catch a touchdown. They are normally the deepest player in the defensive side of a football team.

The safeties shouldn’t be slow players. As ViqtorySports mentions, an example is when Rob Gronkowski tried to tackle Kenyan Drake in a 2018 clash between the Patriots and the Dolphins. Rob ended up being embarrassed, while Kenyan run riot in front of him for the touchdown and game winner.

READ MORE:  What Is DdMgr.exe? Is It A Virus Or Malware? Uninstall or Fix?

So, here are the two main characteristics that a good safety must have: strength and speed. It also needs to have agility to accelerate and catch unexpected runs from the offensive opponents. Examples of two great safeties that have a place in NFL history is Ed Reed and Troy Polamalu.

Take some inspiration from the best safeties in NFL history. Click here to find out more: https://edge.twinspires.com/nfl/the-top-10-safeties-in-nfl-history/

Who Are The Best Safeties In Madden NFL 22?

Now that we got that out of the way, let’s find out according to CardsWire, who are the best safeties in Madden NFL 22 that will be a great addition to your team.

Remember, these are the best-rated players in the videogame. It doesn’t mean they are the best in reality and you are welcome to disagree with the rankings.

Tyrann Devine Mathieu is one of the best players in the NFL which is also proven with his 95 overall ranks on Madden NFL 22. He plays for the Kansas City Chiefs and continues to surprise us with his abilities. He is a true nightmare for every quarterback, especially when they observe his statistics with his astounding six interceptions last season.

It is safe to say that the Chiefs have the best safety in the league, and their defense wouldn’t be the same without him. There is a strong chance that we might see the Chiefs again in the Super Bowl next year, and the safety nicknamed the “Honey Badger” will have an important role in the team.

READ MORE:  7 BTS Clothing and Fashion Tips and Trends to Follow in 2021

The most astonishing thing about Budda Baker is his triple-digit solo tackles recorded in the past two years from the safety position. Those numbers are even impressive for the middle linebackers since they are the first line of defense.

He is the last line of defense for the Arizona Cardinals, and often a nightmare for the opposing team since the wide receivers have trouble completing passes with Baker in the backfield. Thankfully, the developers noticed his improvement and upgraded his overall rankings making him the second-best safety in the NFL.

It’s not always about being the best on the field. It is more about being a reliable player without many fluctuations when it comes to appearances. During his 11-year career, Devin McCourty has only missed 1-2 games per season.

However, his remarkable health and stamina aren’t his only impact on the field. He has great defensive skills that are often proven in games. He averages out at least one interception per season and many tackles and passes defended.

He has built an amazing career in the NFL, and he doesn’t have to prove anything anymore, he could just let his three Super Bowl rings do the talking.

READ MORE:  What Is DedicarzService.exe? Is It A Virus Or Malware? Uninstall or Fix?

Only after three years in the NFL, he start to be the main focus of many teams in the league and if he continues with the same pace, we could easily see him in the Hall of Fame. Just like McCourty, he is also a consistent and reliable player that has never missed a match.

On top of that, he keeps terrorizing opposing teams by stacking triple-digit tackles in every season. He has proven himself to be an extremely talented individual that brings a lot for the team, in fact, it is hard to think of a name that has paid off more for the Bengals than Bates.

Justin Simmons has arrived at the right moment in Denver just when their defensive lineup started to break. The Denver Broncos needed a player that can dictate their defense and it seems like Simmons has taken the challenge and proven to be successful at it.

He has averaged out two or more interceptions per season, and an amazing five in the past year. The Broncos are definitely happy to have Simmons in their team, especially when they see how his tackle totals are increasing every year.

If you are playing in the Madden NFL Career Mode and you want to sign one of the best safeties in NFL, you need to scout the players above.

They might be quite expensive to buy though, so make sure you also keep track of upcoming young talents. Some players might be updated throughout the season to match their current form, either increasing or decreasing stats.

So, who do you think deserves higher stats? Who was underrated by EA Sports in this year’s Madden and who has a higher value than what its actual worth?

Nonetheless of what you think, enjoy Madden NFL 22, one of the best sports videogame of the year and find the best players for your team.