5 Weird Sports You Should Try At Least Once 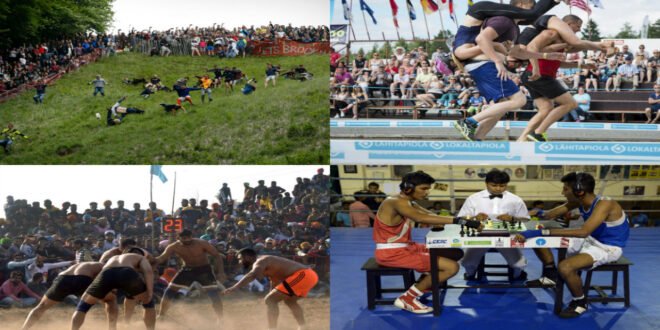 While some are mere adaptations of commonplace games, other inventions are off the wall and truly test reason. Nevertheless, there is something strangely attractive and even entirely addictive about extreme sports.

For those keen to learn more, here are five weird sports compiled by theworldbucketlist.com that you should try at least once in your lifetime! 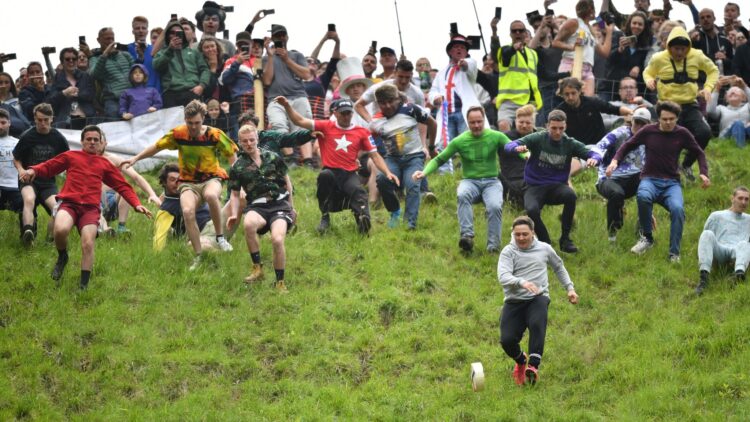 Cheese rolling is an old-school extreme sport. The event was first documented as far back as 1826, although even then, it was considered a dated sport, so it is likely to be much older than this.

This extreme sport is native to Cooper’s Hill, near Gloucester in England. It is an annual event that takes place each year, with participants today coming from around the world.

This ceremony originally took place each Whit Monday, before it later was moved to the Spring Bank Holiday. Two possible origins have been proposed for the ceremony. The first is said that it evolved from a requirement for maintaining grazing rights on the common.

READ MORE:  6 Things To Look For When Buying A Bicycle Online

Cheese rolling consists of a 7–9 pound (3–4 kilogram) block of Double Gloucester cheese being thrown down the hill. One second later, follow the participants who roll down en masse. Whoever reaches the bottom of the hill first wins the cheese.

It may sound silly, but contestants can reach impressive speeds of up to 110 kilometres (70 miles) per hour, making it a weird sport you should try at least once.

According to The Independent, giant pumpkin kayaking has been voted the world’s weirdest sport. Honestly, it comes as no surprise.

The race gained a degree of notability in 2005 when Martha Stewart participated in a race!. While her pastel-coloured pumpkin did appear in the race, Ms Stewart could not participate as permission to enter Canada was delayed after her release from incarceration in the ImClone affair; when permission was finally granted, weather prevented her from reaching Nova Scotia on time.

Various other celebrity participants have raced, notably a local member of parliament Scott Brison, who has appeared in several of the races.

This unique extreme sport is as straightforward as it sounds: use a giant pumpkin as a kayak, and off you go!

READ MORE:  Why you should use a moisturizer in your daily face routine

The sport, which hails from Canada, is best represented at the annual Windsor Pumpkin Regatta on Lake Pesaquid in Windsor, Nova Scotia. The race was founded in 1999, and it continues to this day.

Participants take place by paddling the 2,624-foot (800-metre) course using the giant vegetable as a vehicle. Needless to say, this is one of the weird sports you should try at least once. 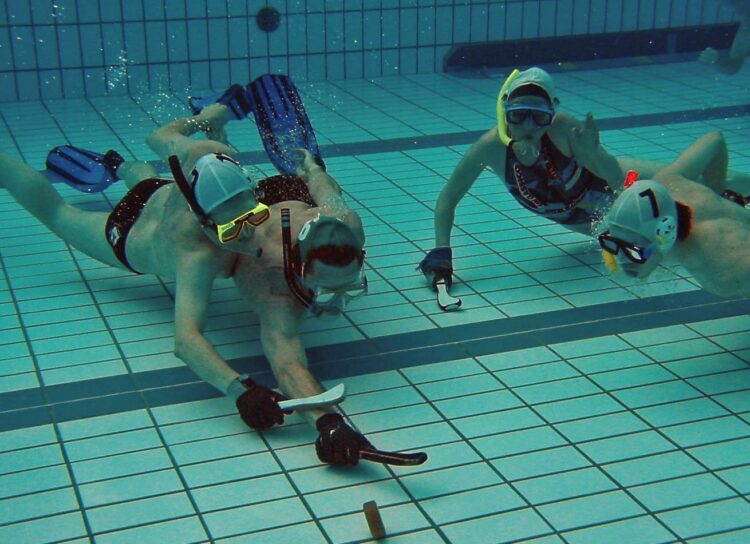 Underwater hockey, aka Octopush, is one of the extreme sports which marries two perfectly common scenarios (hockey and swimming) to create something entirely unique.

The game, which first originated in England in 1954, is played with the same intentions as hockey. Opposing teams battle it out on the bottom of a swimming pool, trying to manoeuvre the puck into the other team’s goal.

Players wear a diving mask, snorkel and fins, and a referee is on-hand at all times to oversee the action, ensuring the safety of the players throughout the underwater match. 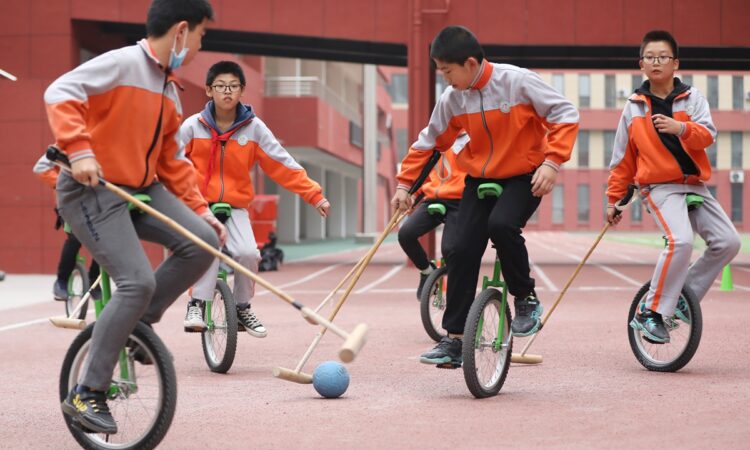 The game of polo is one of the world’s oldest team sports. With variants of the game dating back to the 6th-century BC, it is safe to say this game is as old as (some of them) hills.

READ MORE:  How Far in Advance Should You Buy Children’s Clothing

So, it comes as no surprise that modern-day people had to throw a contemporary spin on it: welcome unicycle polo (also called unicycle hockey).

The first known instance of hockey on unicycles is a short segment in the 1925 film Variety, which shows two performers on a stage, one using a field hockey stick to push a ball around.

In 1960, unicycle hockey was mentioned as one of the activities of the Albuquerque Unicycle Club, founded in 1957, and then the only known unicycle club in the United States. In 1971, the game was being played in Japan.

As the name implies, this obscure sport is played by participants on unicycles. In this game, there are two teams, and each consists of five players. The rules (in theory) are simple: get the ball in the goal. In practice, however, it is a skilful extreme sport. 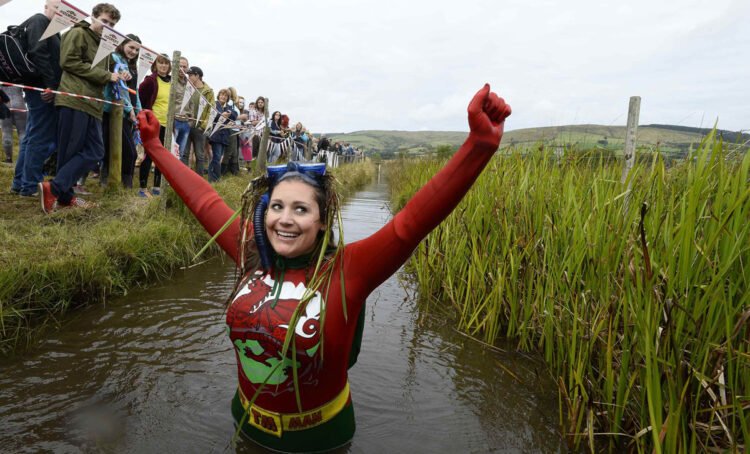 Bog snorkelling, as the name implies, it is a downright dirty sport. But don’t get us wrong – it’s tonnes of fun and certainly one of the weird sports you should try at least once.

The sport was first played in 1976 in Llanwrtyd Wells, Wales, and its legacy continues to this day.

Bog snorkelling consists of contestants swimming through water-filled peat bog trenches in the shortest time possible. The aim is to complete two consecutive lengths of 60 yards (55 metres) in the fastest time.

Competitors travel from as far afield as England, Wales, Ireland, Germany, South Korea, Australia, New Zealand, Russia and the US.

Other bog snorkelling events take place, particularly in Wales, but also in Australia, Ireland, and Sweden. Associated events include mountain bike bog snorkelling where competitors must ride through the bog on specially prepared mountain bikes, and the Bog Snorkelling Triathlon, which consists of a 60-yard (110-metre) snorkel, a 12-mile (31 kilometre) bike ride and an 8-mile run.

Neil Rutter is the current world champion, having smashed the course in as little as 1 min 18.81 seconds. The women’s world champ for bog snorkelling is Kirsty Johnson, who in 2014 completed the course in just 1 minute 22.56 seconds.