6 Reasons People Use a Surrogate Mother 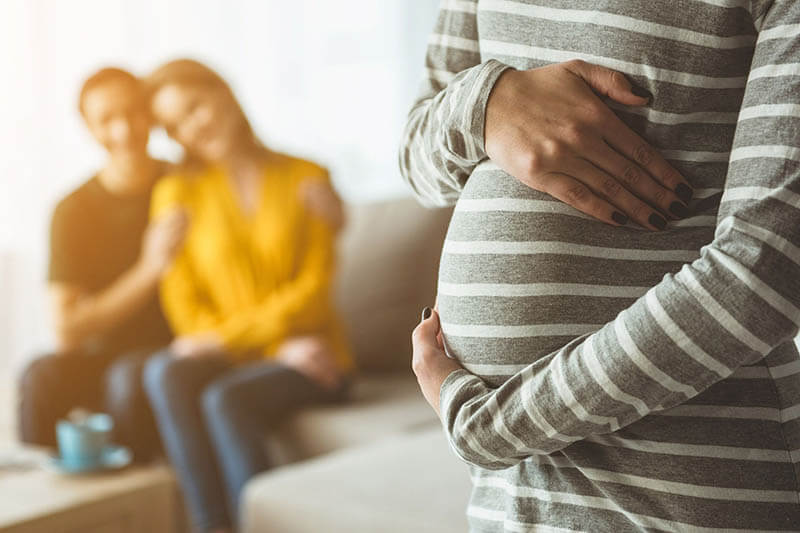 Being a mother is a unique experience and a lot of women love it. However, not everyone is so lucky. Some couples strive hard to become parents but cannot. Although any one of the two can be infertile but if they want children, there is an option of a surrogate mother.

Surrogacy means that the sperm from men will be inseminated into a female womb. She will carry the baby and give it to you after her delivery.

Surrogacy is also a sort of comfort for people. Therefore, some women do it willingly. Couples can get their child even if they are unable to conceive. So if you want to become a surrogate, head over to familysourceconsultants.com.

The two types of surrogacy are because of the option of the female carrier.

If the carrier woman is the biological mother of the baby, it is called a traditional surrogate. The egg belongs to the female carrier and the sperm can be of couple’s or from any sperm donor. The woman will carry the baby until birth and then give him to the couple.

If the sperm is also from a donor, the couple does not have any biological connection with the baby.

The second type is a gestation surrogate. In this case, an egg from another female and the sperm from a man are inseminated into a 3rd female. To say it simply, the carrier woman is not the biological mother. She will only carry the baby of someone else in her womb.

Here are some reasons why people choose a surrogate mother;

Infertility is one of the major reasons for surrogacy. Sometimes, the male partner comes out to be infertile. As a result of this, the couple chooses to get male sperm from a donor and inseminate it into the female body. Thus, the couple will have their baby. If the female partner is fertile, you won’t need another woman. She will be the biological mother of the baby.

Likewise, if the woman is fertile but she is too weak to conceive, the couple can provide both their egg and sperm to another female. Now, she will act as a surrogate mother. She won’t be the biological mother and the couple will be the biological parents of that baby.

This might be new to some but there are people who do not want to get married. They rather prefer living a single life. However, at some point in their life, they desire a kid. Thus, they ask for surrogacy. If that is a female, she can have a sperm inseminated in her body.

In the case of a male individual, he can provide his sperm to be inseminated in another woman’s womb. Thus, he will have his kid without getting married.

The age of a female has an important role in deciding the pregnancy. Although there are some exceptional cases too but 25 to 28 is considered as the best age to conceive. Therefore, usually, parents force their girls to marry at an early age. Even if the passes by, they still make sure that females get married before the age of 30.

But this is the case with Asian countries and where marriage is considered an important aspect. If girls get pregnant without getting married then they get bashed by society.

But whatever the reason, the “best age” factor is a reality. If you get pregnant after the age of 35, you will be considered lucky.

However, in today’s competitive society, females are paying a lot of attention to their careers. As a result of this, their marriage gets late. They prosper in the job and get settled there. But consequently, they reach their 30s.

So if the female partner is unable to conceive because of her age, surrogacy is an option for them.

Some certain drugs and treatments take a lot of time to completely cure your disease. For example, if someone is suffering from a disease and needs a medication that is not suitable for a pregnant woman then she won’t be able to conceive.

Therefore, such females also prefer surrogacy. They provide their eggs and sperms and inseminate them into the body of another female. So they can continue their treatment while the other women will carry their baby. Moreover, the couple will be the biological parents of the baby.

5. Couples who do not want to adopt

You might think that if people can choose surrogacy while they are infertile, why can’t they adopt? A lot of normal people ask this question. You might not understand this but this is a psychological thing. They do not want to accept the kid of someone else. However, they believe that the baby who will come out as a result of surrogacy will be their own.

In addition to this, some kids are left alone by their parents. So these people do not want abandoned children because they are not a user of their parents. On the other hand, in the case of surrogacy, they will be sure of the parents. Furthermore, they can feel a connection with the surrogate child because they were there for him when he was growing up.

Mental health is an important decisive factor in pregnancy. Sometimes, the mental health of the mother is not okay and as a result, she goes through miscarriages. Furthermore, some females have traumatic experiences related to their pregnancy. That is why they fear that state and cannot go through it.

So if the traumatic experience is to an extent that she is unable to get pregnant or want to, the couple chooses surrogacy.

Or sometimes, it can be a phobia. Some females have a pregnancy-related phobia. This makes them sick and they are left with the option of surrogacy.