Best Types of Computer Languages to Learn in 2021 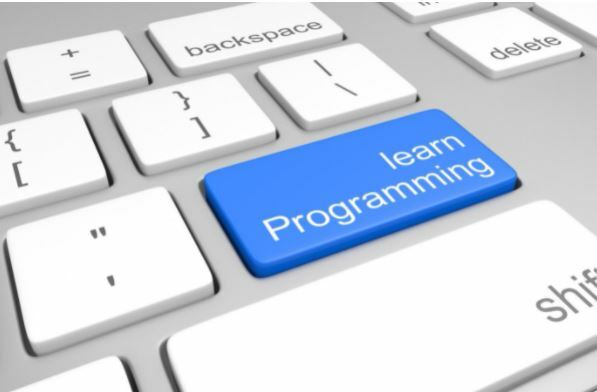 There are more than 200,000 computer programmers working in the United States. There are many types of computer languages in the world.

Each code is unique and serves a different purpose. If you start your coding journey, you will want to start by learning the code that is going to best serve your needs. In this article, we will explained the best and most popular programming languages.

So if you would like to learn more then keep on reading and we will take you through the best types of computer languages to learn in 2021 that you need to know about!

This is the most popular programming language in the world. JavaScript, along with CSS and HTML, is crucial for front-end web development. A lot of the internet’s most popular sites, such as YouTube, Gmail, Twitter, and Facebook, all use JavaScript to dynamically display content and make interactive web pages for users.

JavaScript also has a flexible and forgiving syntax. it works on all of the most popular web browsers and is very easy for beginners to learn.

If you would like to get into mobile app development and work on Apple products, then you should definitely make sure to learn Swift. This is a fairly new programming language and is used to develop macOS and iOS apps.

READ MORE:  The Role and Impact of Healthcare Practitioners on Community Building

iOS runs on every iPad and iPhone. It is also the basis for operating systems like Apple TV and Apple Watches. It also doesn’t seem like Apple has any plans on abandoning Swift any time soon.

If you already know how to code in Java then you will want to then check out Scala, a more modern version of Java. Scala takes the best features of Java (like its fast JVM runtime environment and Object-Oriented Structure) and puts a twist on it.

Scala is a functional programming language. It allows computer engineers to raise the quality of their code so that it can resemble actual math. Concurrent programming is possible with Scala. This allows for complex procedures to be executed in parallel.

Also, it is a language that is strongly typed. Engineers can customize and make their own data types. This gives them peace of mind knowing that bugs won’t be possible at runtime.

Go is one of the core languages that is preferred by Google. It is the little language that could.

Go is a low-level language that is great for engineers who want to enter the field of systems programming. It uses up a lot of the same functionality as C++ and C except it doesn’t come with the steep learning curve and difficult syntax.

Go is also a compiled language and runs “close to the metal.” This means that it has a very fast runtime.

Go is also an open-source language so ambitious developers are able to see their own contributions get adopted and used by coders around the world.

Python is probably the most friendly to users. It is usually said that the syntax from Python is intuitive and clear. In fact, it even resembles English a bit, which is why it is so popular.

Also, Python is similar to Java because it has a lot of different apps that make it a powerful and versatile option when picking a beginning programming language. For example, if you want to get into back-end web development, then the open-source Django framework, written in Python, has a lot of features, is easy to learn, and is popular.

Python also comes with packages such as SciPy and NumPy. These are usually used in the fields of engineering, math, and scientific computing. Other Python libraries such as OpenCV, scikit-learn, PyTorch, and TensorFlow are used to make programs in computer vision, image processing, machine learning, and data science.

READ MORE:  5 Ways Your Smartphone Can Help You Learn

The data and science apps in Python make it a good pick for people with scholarly inclinations.

SQL is a critical tool that is used by data professionals. it is the most important programming language for people who want to work in data sciences and data analysis.

Professionals utilize SQL to extract data and analyze it. It thankfully has a fairly easy syntax.

Visit this page to learn more about how SQL is used in the real world.

As we can see, there are many different computer languages that are worth learning about. This is why it’s so important that you know what you want to use programming. Make sure to check out the rest of our site today for more helpful articles!