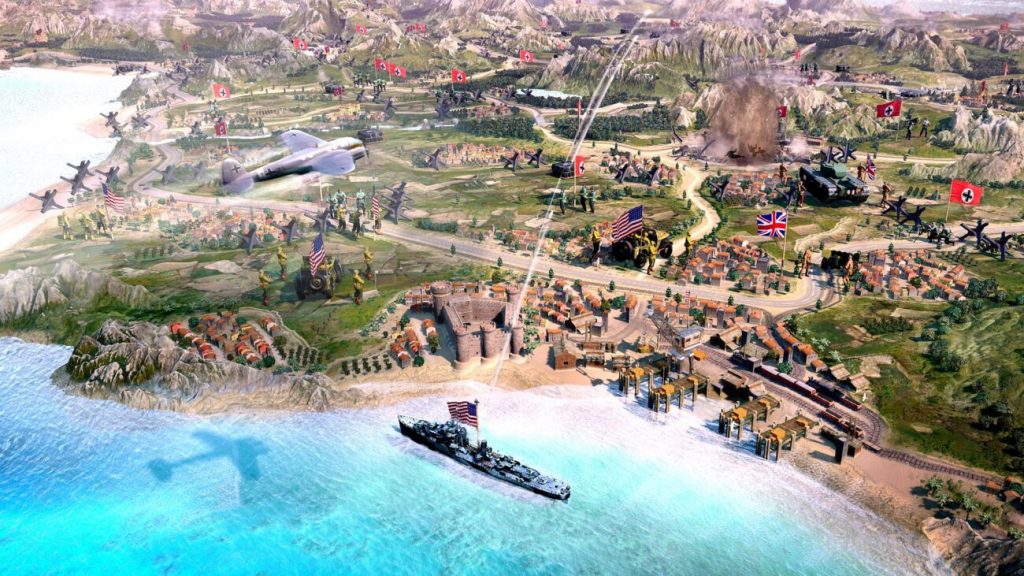 Turn-based and real-time strategy games are both extremely popular game genres, just like casino games such as BetMGM poker. So, if you are looking for the best strategy games you can play online either alone or in a cooperative mode with friends, look no further! Here, we’ve picked out ten of the best that you can download and play today.

XCOM 2 is a turn-based strategy game (TBS) and is perfect for fans of the original XCOM game. In the game, you’ll have to fight off alien invasions while upgrading your weapons to defend yourself and your troops against ever-increasing numbers of powerful aliens.

If you’re looking for a challenge, XCOM 2 is a great choice – the battles are always different and require some careful thought in order to succeed. Additionally, there’s additional downloadable content, XCOM 2: War of the Chosen, if you do manage to make your way through all the challenges and battles of XCOM 2.

The original Starcraft game was one of the best real-time strategy games (RTS) of its time and was unbeatable for years. So, it’s hardly surprising that Starcraft II takes all the best elements of its predecessor and makes them even better.

READ MORE:  5 Tips and Tricks for Live Betting on Games in Progress

In the game, you’ll find thrilling battles and varied and long-lasting missions. You’ll have to think fast when playing Starcraft II in order to defeat your enemies before they kill you first! It’s a good choice if you’re looking for a game with a cooperative multiplayer mode.

There’s no shortage of games in the Battlestar Galactica series, but Deadlock is undoubtedly one of the best. The space battles look stunning, thanks to the game’s incredible graphics. The gameplay involves planning out battle strategies then watching as your ships make the moves you have ordered them to.

There’s a pause after each set of moves so you can make adjustments to your strategy if necessary. Then, when the battle is over, you can watch an uninterrupted replay of it. You’ll have to successfully manage your resources and your fleet of ships to do well in Battlestar Galactica Deadlock.

There are loads of Warhammer video games on the market, so what makes Total War: Warhammer II so special? The turn-based format of the game works incredibly well, and there are many improvements over the already hugely successful predecessor, released the previous year.

However, fans of the original game won’t be disappointed – you can combine the maps of both games! In addition, there are many varied playable characters in Total War: Warhammer II, so you won’t get bored of this game any time soon.

READ MORE:  Where to Shop Womens Clothes Online and How to Do It Right?

Fans of the Age of Empires series are sure to love this installment of the game. History buffs, in particular, are likely to enjoy playing Age of Empires IV, as it features countless hours of real-life video footage explaining how things were in medieval times, as well as the real context of the various battles that players engage in.

The modernized graphics in this installment of the AOE series are just another reason why it has made it onto our list. In addition, there is the option for multiplayer play, although the campaigns are equally enjoyable alone or with others.

Fans of the Age of Empires series are sure to enjoy Northgard – it follows a similar format of building a civilization to fight in intense battles. However, while AOE follows various historical groups, Northgard is focused solely on Vikings. So, the game requires players to compete with extreme weather conditions and dangerous fauna to succeed in battles.

However, it’s not all about fighting. In Northgard, players also have to build up respect with other groups by trading supplies and making new discoveries.

Crusader Kings 3 is a grand strategy game with a somewhat simpler interface than its predecessor yet a much more complex and expansive storyline.

In this game, you have to grow your power by playing different characters, each with its own unique personality traits. So, you can grow your empire before passing the dynasty on to the next in line to the throne. But, family feuds are as common as wars between nations to add to the challenge!

Into the Breach is a somewhat simple game, with all the action taking place on an 8×8 grid rather than an expansive map like many of the games we’ve looked at above. However, each challenge is vastly different, so you can play the game over and over again.

In the game, players have to build up their inventory of weapons, which are used to fight against alien species breeding underground. However, you’ll have to take care not to accidentally blow up buildings full of innocent civilians! The game has a simple, pixelated style, which has become popular again over recent years.

Wargroove is another excellent TBS game with a retro-style pixelated appearance. There are three different modes to keep you occupied for longer, including online and arcade modes. In each mode, you get to play as one of the 12 commanders, each with their own traits and strengths.

You can also create your own challenges in Wargroove and share them online with your friends or the wider community. In this mode, you’ll be able to design your own maps and storylines, so it’s a great game for anyone interested in starting out with game design. Wargroove is available on various platforms, including Nintendo Switch, PS4, and PC.

10. Lord of the Rings: Battle for Middle-Earth

Thanks to its accurate transformation of the original story into exciting gameplay, this game is often considered the best in The Lord of the Rings game series. The game’s 3D map of Middle-Earth has an extraordinary level of detail for its time, and you will be in command of hundreds of mythical creatures and soldiers during the intense and exciting battles.