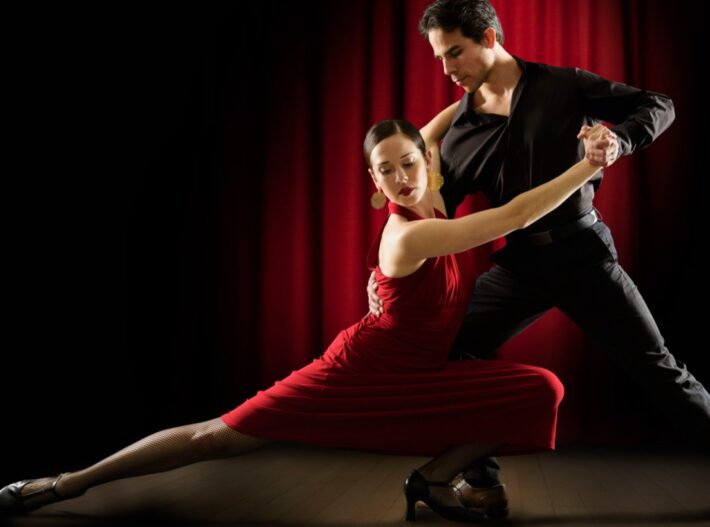 If you’re planning on taking salsa classes, you probably did some digging online, and this is exactly when you found out that there are actually several styles of this dance that you could try. Besides New York and Colombian-style, two of the most popular options are Cuban, as well as L.A. salsa.

However, is there a difference between the two options? If so, what are those differences? What should I choose? Luckily for all individuals that are wondering the same thing, the article below will provide you with the answers you’re looking for. Here is what you should know about both types:

The very first thing that you should know about L.A. Salsa is that it’s the most demanding of all the options, mostly because it has more mechanics and structures to follow. Besides this, it’ll require you to perform some fast spins, all of which can be snappy and quite flashy at times.

Salsa L.A. style will require the leader to step forward on when the music begins with the left foot and it’s danced on one, to the dominating sound of the music, which in most cases, features a beat that has a set of eight counts. Now, don’t let the difficulty of this style intimidate you, mostly because beginners actually prefer it!

READ MORE:  The Link Between India’s Most Famous Holiday Diwali And Getting Rich

Why? Well, it’s quite simple, it focuses on the sharp beats of music, which is exactly why it’s easier for them to hear and connect to the music, as well as the steps that they have to perform. The timing is also relatively easy to follow. With this style, the timing is 1-2-3 (pause) 5-6-7 (pause). This means that you’ll have to pause on the fourth and eighth beats.

The music will loop every eight counts, which is something that’ll make it easier for you to follow the aforementioned pattern that starts at 1 and ends with 8. You should know, each of the loops is called a “phase”, which means that it’ll repeat itself for as long as needed. Since it’ll allow you to connect melody, beats, and music in an easy way, you might want to choose this particular style if you’re just starting out.

When compared to the aforementioned option, Cuban-style salsa is completely different, mostly because it’s more casual and relaxed, and it’ll most likely prompt you to have a cooler attitude towards dancing. Like L.A., it’s also “on 1”, however, it isn’t linear, instead, it’s rounded.

Generally speaking, it’s performed by traditional Cuban music, which often makes people feel their movements, hence, it can cause them to forget the first beat. It’s worth mentioning, this particular style is the most similar to the original form of the dance – which has originated from Cuba – and it’s also a circular dance, meaning that the dancers’ will have to perform more cross-body salsa movements, rather than moving in a linear way.

READ MORE:  What’s The Difference Between Group Chats And Communities?

It’s performed on the 1 or 3 beat break tempo, hence, the partners will need to tap on the fourth and eighth beat, and as mentioned, they can also neglect the first beat, but this will depend on how they feel about the music being played. When it comes to the timing, it’s also quite different than the L.A. type. Both the leader – which is, in most cases, the male – and the partner will have to back away from one another on the first 3 beats (1-2-3), and then they need to go towards each other on the 5-6-7 beat.

Again, the moves are circular instead of linear, and the main dancer has to lead all the moves in order to drive attention to the female dancer. Before choosing either of the options, ensure that you read more about them from different sources.

What Is The Difference Between Salsa And Salsa Casera?

As you already know, salsa can also be translated to “sauce”, which is one of the main reasons people think that salsa casera is also a type of dance that they can choose to learn. However, it isn’t.

Salsa is a type of sauce that is completely fresh and uncooked, and that most commonly contains chopped onions, tomatoes, lime juice, seasoning, cilantro, and chiles. Salsa Casera contains the same ingredients, however, the tomatoes are charred and a Scorpion pepper is also added, which means that it’ll be extremely spicy!

READ MORE:  What Is The Difference Between Spoon Bread And Cornbread

So, What Option is Suitable For me?

As we mentioned at the beginning of our article, L.A. style is most suitable for people who are just starting out, as well as individuals that have absolutely no dancing experience. After all, the moves and beats are easy to follow, and you’ll most likely have no issues with nailing all the turns, dips, lifts, and drops!

Of course, it might be a bit more daunting, but most people get used to it relatively quickly. On the other hand, if you’re searching for something that is a bit more relaxing and easy, you can choose one of the most popular dances, Cuban styles.

It’s worth mentioning that this type can easily suit any space – including tight clubs – hence, even if you live in a smaller apartment, you’ll be capable of executing and practicing most of the moves that this particular style requires you to perform. Now, you should know, the option you choose will, of course, entirely dependent on your preferences, as well as what you want to achieve.

Whether you wanted to know the difference between the two most popular styles of salsa or if you simply wanted to know which option is more suitable for you to take on, there is no denying – both of these types will provide you with endless hours of fun and entertainment.

Since you know and understand the main differences between the two options, don’t waste time. Instead, head online, do a bit more digging, watch some videos, determine which one might be more suitable for you, and then find a dance studio where you’ll learn all the moves!