How to be More Approachable

Why Are Human Translation Services So Expensive

Top 5 Industries that Have Found Success in the Digital World

Ways of Investing in an Investment Fund Structures in Luxembourg Jurisdiction

Theory Behind QAnon – Is It A Video Game? 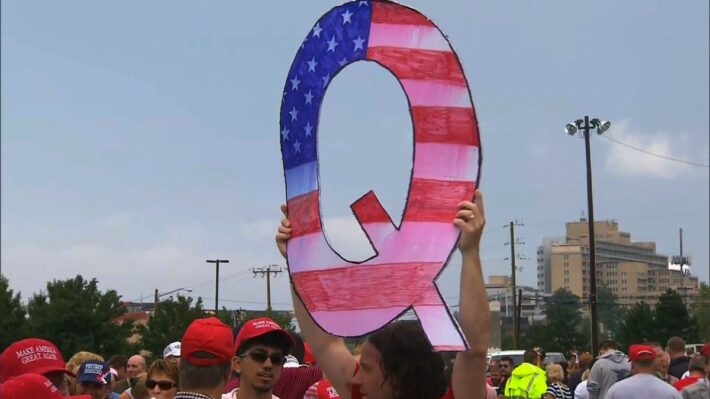 QAnon has rightly been compared to (Live Action Role-Playing Games) LARPs and Alternate Reality Games (ARGs) since it implements the same gaming mechanics and rewards. Ideally, QAnon works like a video game. Some game designers refer to it as the gaming’s evil twin in that it is a game that takes advantage of people. However, this beast is very different from a game. Berkowitz, a game designer, states that QAnon is like a reflection of a game in a mirror, but an inverted one.

QAnon is based on the sprawling conspiracy theory, which includes a galaxy of false claims and revolves around fantastical narratives ranging from 5G connection to Coronavirus to domestic terror threat. The game sets players on a trail of online clues to solve mysteries or chase clues for discovery. Whether intentionally or not, QAnon echoes other game genres such as adventure games, MMORPG, and roguelikes.

QAnon as an Adventure Game

Adventure games involve solving puzzles where players are required to explore for clues to help them discover secrets or the backstory to level up in the game. Most games in the genre are based on unraveling different conspiracies.

But how is QAnon an adventure game? In QAnon, ‘Q,’ who is allegedly a top-secret government official, who has been leaving cryptic messages and clues online about democrats and ‘deep state’ elites who are involved in Satan-worshipping and child abuse. Trump and his allies are allegedly working to fight against them.

READ MORE:  How To Make A Video That Stands Out? Wondershare Filmora 10.5 Detailed Review

Believers are then required to pick clues from multiple sources, including TikTok influencers, Youtubers, and mainstream news articles.  Clicking on ‘do your own research’ hashtags leads you to various sources of ‘Q’s material which imply that most celebrities and politicians are cannibalistic pedophiles.

QAnon as an MMORPG

In massive multiplayer online role-playing games (MMORPGs), players go on quests and discover loot together. These games don’t usually have a primary end goal but are set for socializing and honing one’s skills and status as a player.

QAnon also gives a sense of community, and people get to spend time socializing and sharing discoveries over social media. While most Q posts are quite complicated to understand, the videos and content from other believers are friendly to newcomers.

QAnon as a Roguelike

In roguelikes, players have to go through generated levels, and the gameplay never ends so there is always something new to discover. New challenges and characters are added frequently and others take you to different times in history which keep the game entertaining and engaging.In most of these games, the levels and new ideas are auto-generated. However, in QAnon, the believer’s dedication to finding clues stimulate new claims and attack targets

People love solving mysteries, and it’s fulfilling when you have access to secret information only available to a few. QAnon has applied the strategy of working backward from the outcome, which is a sure way of generating a satisfactory story.  For example, using a sensitive issue like the Coronavirus makes it easy to manipulate people to believe the government created it to hurt people intentionally.

These fictional narratives have been used to explain complicated real-life issues, and they have a higher reception among believers because fiction is easier to write than reality. In real games, puzzles are hard to solve, and they need skills, and your solution has to be right. However, in QAnon, followers solve imaginary puzzles created out of apophenia.  In this case, it is easy for people to get ‘evidence’ from the people they distrust.

Like in ARGSs, the participants start viewing the world differently, and with the accessibility of other followers ‘research and videos, it is easy for people to feel connected.  While some may not be believers of the conspiracy, the doubt created by the available information forms an addictive participatory in their minds which is difficult to get rid of.

How is QAnon Different From Real Games

Real games let you decide when you are done playing

When you choose to play a game, you should have the option to determine when to stop playing. However, QAnon’s gameplay is out of your control which is a form of manipulation.  Play requires an agreement. For instance, as a South African player, when you decide to play games at casinos.co.za , you are guaranteed deposit bonuses and free spins. These casinos accept ZAR currency, and most importantly, the games are regulated. This means that you will have access to fair gaming, and you can’t play a game if you don’t know you are playing.

QAnon is purely based on propaganda and mainly political propaganda. From the misogynist and anti-semitic posts, this game is built on a fake conspiracy. Q has been successful in helping believers develop an inner world that best suits them as well as Q’s narrative. Many have labelled QAnon a cult, in regards to their leader is all knowing and must not be questioned. However, since the election of Joe Biden to office, QAnon has lost most of its legitimacy.

Even with this manipulation, QAnon has managed to gain popularity because of the massive media publicity and social media disinformation campaigns. These have played a significant role in making people question the very nature of reality.

If Q was so sure of the claims, why would he require you to ‘do your own research.’ This is just a way to trick your mind into thinking that you cannot trust other people or institutions. The game has leveraged the fact that exposure to counter evidence can increase confidence that your cherished beliefs are valid even when there is no actual evidence to support the narrative. In real games, the clues always lead to finding the solution, but in QAnon, the ‘breadcrumbs’ only lead to more questions and theories.