How Does Astrology Work And What Is It Capable Of?

How to Include Cryptocurrency in Your Retirement plan?

What you need to know about Instagram’s growth techniques is here.

How Often Should A Rifle Barrel Be Cleaned – 2022 Guide

Betting Strategies That Have Proven Their Value in the Past

7 Ways to Make Money in the Gaming World

8 Expert Tips to Consider When Buying an Engagement Ring 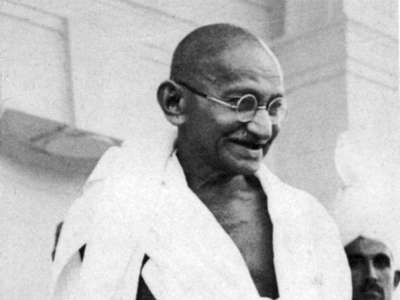 Gandhiji had learned from his mother to follow the path of truth and non-violence to perform his duties. During his studies in England, he had to suffer humiliation many times, yet he did not stand by the way. There are many such incidents which inspire as well as surprise. Learn about them… keep reading

The Father of the Nation Mahatma Gandhi was born on 2 October 1869 in Porbandar, Gujarat. His father’s name was Karamchand Gandhi and mother’s name was Putlibai. His father was the Diwan of Porbandar and Rajkot under the British rule. Mahatma Gandhi’s real name was Mohandas Karamchand Gandhi and he was the youngest of his three brothers. Gandhi’s simple life was inspired by his mother. Gandhi was brought up in a Vaishnavite family, and Indian Jainism had a profound influence on his life, due to which he firmly believed in truth and non-violence and followed it throughout his life.

Gandhi’s early education took place in Porbandar. He received his education from Porbandar till middle school, after which due to his father’s transfer to Rajkot, he completed his remaining education from Rajkot. In the year 1887, he passed the matriculation examination from Rajkot High School and got admission in Samaldas College, Bhavnagar for further studies, but due to being away from home, he could not concentrate and returned to Porbandar after being unwell. He left for England on 4 September 1888. Gandhiji joined the London Vegetarian Society in London and became its executive member. Gandhi started participating in the conferences of the London Vegetarian Society and writing articles in the magazine. Staying here for 3 years (1888-1891) completed his barrister studies and returned to India in 1891.

Gandhi ji was married to Kasturba ji in 1883 at the age of just 13. People used to affectionately call him ‘Ba’. Kasturba Gandhi’s father was a wealthy businessman. Before marriage, Kasturba did not know how to read and write. Gandhiji taught him to read and write. Like an ideal wife, Ba supported Gandhiji in every work. Gandhi’s first child was born in the year 1885, but died shortly after.

Gandhi was shot dead on 30 January 1948 at 5:17 pm by Nathuram Godse and his associate Gopaldas at Birla House. Gandhi was shot three times, at the last moment the words ‘Hey Ram’ came out of his mouth. After his death, his tomb has been built at Raj Ghat in New Delhi.

Mohandas Karamchand Gandhi was born on 2 October 1869 in Porbandar, a coastal city in Gujarat, India. His father Karamchand Gandhi was the Diwan of a small princely state (Porbandar) of Kathiawar during the British Raj. Mohandas’s mother Putlibai Paranami belonged to the Vaish community and was highly religious, which influenced young Mohandas and these values ​​later played an important role in his life. She used to observe fast regularly and when someone in the family fell ill, she used to do service day and night in Susrusha. Thus Mohandas naturally embraced non-violence, vegetarianism, a vow for self-purification and mutual tolerance among those professing different religions and sects.

READ MORE:  How Do I Start My Own Car Service Business?

He had his middle school education in Porbandar and high school in Rajkot. Mohandas remained an average student at the academic level. In 1887, he passed the matriculation examination from Ahmedabad. After this, Mohandas joined Shamaldas College in Bhavnagar, but due to ill health and home disconnection, he remained unhappy and left the college and went back to Porbandar.

Mohandas was the most educated in his family, so his family members believed that he could become the successor (diwan) of his father and uncle. Mavji Dave, a family friend of his, gave such advice that once Mohandas became a barrister from London, he could easily get the title of Diwan. His mother Putlibai and other family members opposed his idea of ​​going abroad but agreed to Mohandas’s assurance.

In the year 1888, Mohandas went to England to study law at University College London and became a barrister. He spent his time in London according to the promise given to his mother. There he had a lot of difficulty related to eating vegetarian and had to go hungry many times in the initial days. Gradually he found out about restaurants with vegetarian food. After this he also took membership of ‘Vegetarian Society’. Some members of this society were also members of Theosophical Society and they suggested Mohandas to read the Gita.

Gandhi returned to India from South Africa in the year 1914. By this time, Gandhi had become a nationalist leader and organizer. He came to India at the behest of liberal Congress leader Gopal Krishna Gokhale and in the early stages Gandhi’s ideas were largely influenced by Gokhale’s ideas. Initially Gandhi visited different parts of the country and tried to understand political, economic and social issues.

The movements in Champaran in Bihar and Kheda in Gujarat brought Gandhi the first political success in India. British zamindars in Champaran used to force farmers to cultivate indigo instead of food crops and used to buy crops at cheap prices, which worsened the condition of the farmers. Due to this they were surrounded by extreme poverty. After a devastating famine, the British government imposed repressive taxes, the burden of which increased day by day. Overall the situation was very disappointing. Gandhiji led protests and strikes against the landlords, after which the demands of the poor and farmers were accepted.

On 30 January 1948, the Father of the Nation Mahatma Gandhi was assassinated at 5:17 pm at Birla House in Delhi. Gandhiji was on his way to address a prayer meeting when his assassin Nathuram Godse fired three bullets into his chest. It is believed that ‘Hey Ram’ was the last word that came out of his mouth. Nathuram Godse and his associate were tried and sentenced to death in 1949. Go to home page